I absolutely love Kekova Roads. That’s the area of anchorages behind Kekova island about 4 hours south/east of Kaş. Last time, we left Sicak Koyu and headed to another bay further into the Roads, just east of Üçağız, where we dropped anchor in about 5 metres of water with our Mantus digging securely into the thick mud.

How the other half live

While we were anchored in east Üçağız bay, we heard the soft thud, thud of a helicopter’s blades whirring and going up on deck we saw a helicopter on the back of a super yacht take off and fly away! Wow, imagine having the money to not only own a very large motor yacht with staff but also a helicopter (painted to match) that you could pilot! That stretches my imagination actually.

The helicopter returned a while later and we managed to get some footage of the pilot expertly landing on the deck. Amazing.

This bay was very handy to stay at as it was close to both Üçağız where the restaurants and shops are and we also found a back path up to the hilltop fort that overlooks the bay as well as Lycian tombs. There’s plenty of room to anchor and the depths are Goldilocks good – not too shallow, not too deep - with excellent holding in sticky mud.

It’s not the quietest anchorage in the area though, with lots of tourist boats coming and going throughout the day, making their way to and from Üçağız and Kaleköy where the restaurant jetties are, as well as other anchorages in the area. But it’s a stunningly beautiful area nonetheless and while the noise disturbed Baz, I have to say it was just background noise that faded from my consciousness after a while. There was so much picturesque eye candy to look at in the surroundings.

While I was there I swam to both shores, and as I approached the mainland I noticed cold currents of fresh water from underground streams providing cool patches in the bath hot summer water in the bay close to the land. The light grey rocks typical of that area came all the way into the water and little fish hugged the submerged rocks that were covered with pale green-brown vegetation.

I thoroughly enjoyed my time at Kekova and can’t wait to return as there are so many little bays that we are yet to discover. We made it back to Kaş marina without event but were glad to have Kev and Jim following us just in case the engine completely ‘spat the dummy’ to coin a great Australian phrase.

Who ya gonna call?

You’ve met him before, he’s the amazing mechanic in Kaş who can make and fix pretty much everything engine related.

Aydin came along and within a few minutes declared that he was pretty sure it was the turbo. Baz said if it was, he just wanted it removed from the engine as he’d never wanted a turbo anyway. They’re too high maintenance. Like some girls I guess. And Baz doesn’t like those either! Me, I just get up and go. No fuss. Don’t need special treatment. No stunning speed or incredible performance. Not flashy like an Arabian horse. Just a little cart horse plodding along. Anyway, enough about me.

Aydin rang Yanmar in Turkey and asked how to remove the turbo.

Aydin asked how much a turbo service kit was.

Aydin then asked how much a new turbo would cost.

That was out of the question. All that money for something Baz didn’t want.

Aydin rang his Turkish turbo specialist in Istanbul and asked the first question, to which his friend replied it was possible although there may be some black smoke emitted at high speeds because the injectors would be pumping in enough diesel for a turbo engine, rather than a regular engine and we might lose 5 or 6 horsepower. Baz felt that was an acceptable risk and gave Aydin the go-ahead to remove the turbo.

Aydin unbolted it with Baz’s help and returned to his workshop to see if it was indeed the turbo that was the issue. Later that day Baz received word from Tayfun who is also on Pontoon B that Aydin had phoned and wanted to see Baz at his workshop in town. Uh-oh, would that spell good or bad news?

At his workshop, Aydin showed Baz that the spindle holding the two turbo blades together had completely snapped and the blades themselves had worn against the inner casing. (Turbos spin at exceedingly high revs and have to be very finely balanced. Ours was old and we’d done our best to service it when we discovered it in Greece over winter, but that just hadn’t been good enough).

The collapse of the turbo did explain the sudden slowing of the boat one day on our journey to Kaş, although our girl is such an awesome boat that she picked up speed again and kept going! Until eventually the air intake became so clogged with oil that wasn’t being processed by the broken turbo that she started to cough out white oily smoke.

After much discussion, Baz gave Aydin the go-ahead to fix the part without the turbo pieces and close off necessary areas so the oil would bypass where the turbo had been. Basically removing it from the engine completely. Aydin being a bloomin’ legend did just that and manufactured parts that he then used to compartmentalise the now defunct turbo area.

The following morning he returned, and we all fitted it back to the engine. Baz gave Aydin full assistance and I supplied tiny fingers that could get into some of the tight spaces to replace nuts onto bolts.

Engine rebuilt, it was time to test how it worked sans turbo.

We all had fingers crossed but when Baz fired up the engine she purred like a tiger. Aydin went outside and checked to see if there was much (if any) black smoke exiting the exhaust. As he got close he jokingly coughed! We all chuckled.

He told Baz to increase the revs in stages until he achieved 3000 rpm and after an initial cleansing of old oil from the engine, the exhaust came out pretty clear. What a relief! 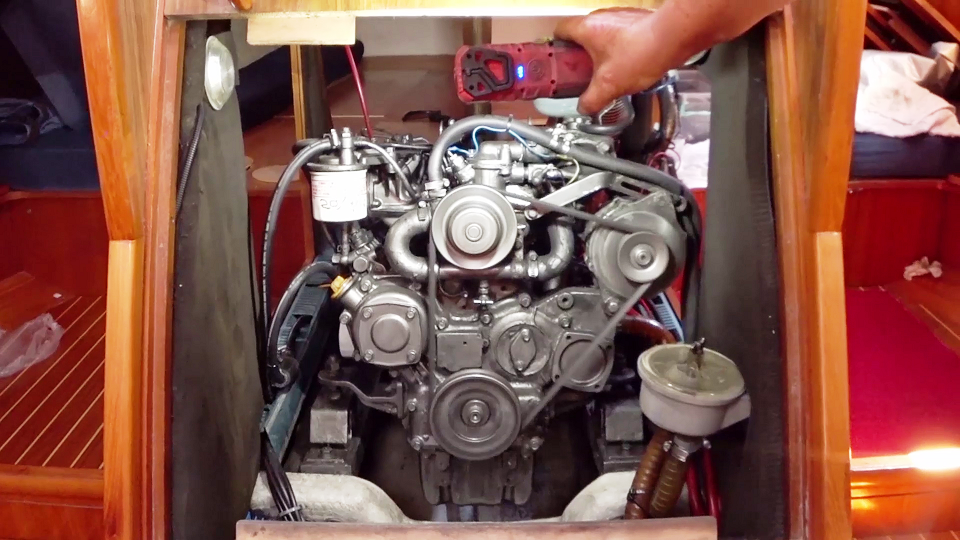 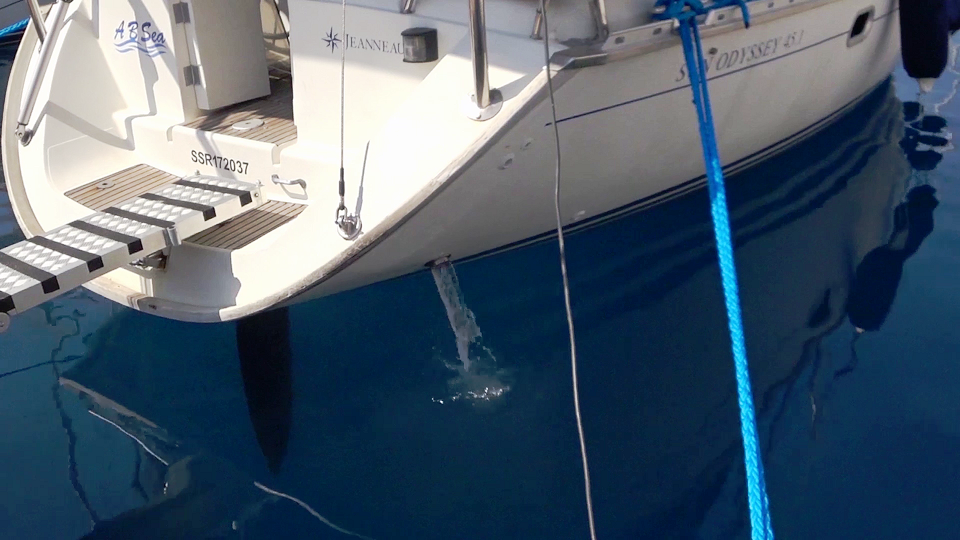 All that was left was to go on a test run and we had a friend arriving soon so we decided to return to Kekova and check out a few more anchorages. The trip would also be long enough that we’d give A B Sea a good run and see how the engine held up. But for now we were stoked, Baz was hugely relieved and the happiest I’ve seen him in a long time.

And Aydin? Well he returned to his workshop with another skill under his well-stocked belt, having earned Legendary Status in our eyes. Thank you Aydin.

Until next week, I wish you a very pleasant week, taking action to bring your dreams to life.