After our eventful splash back into the water from Livaditis Boat Yard in Sipiada, we motored to Limni harbour with Baz keeping a careful eye on the engine and all systems. We arrived safely and tied up in a dog leg of a space on the town harbour where A B Sea just fitted.

Because of the shape of the dock, we were a bit cautious about our anchor roll bar banging against the harbour wall, so after a brainstorming discussion we dropped the anchor, then tied it with a line to the toe rail on the starboard side of the boat. This both kept the anchor away from the top of the wall and it also prevented it from becoming stuck under a lip about 1.5 metres under the water. There is a slight tide so we were concerned that the anchor would get stuck under the lip and get caught there once the tide rose again. 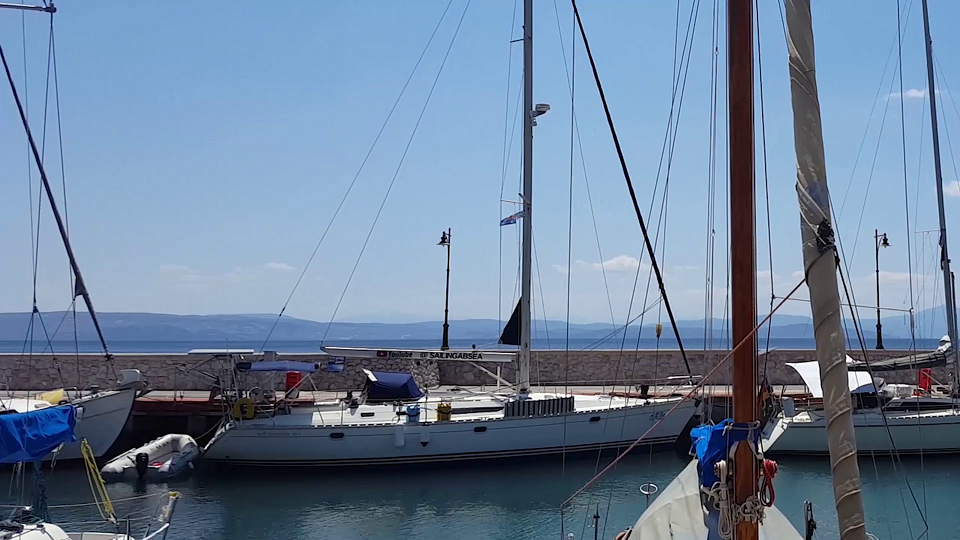 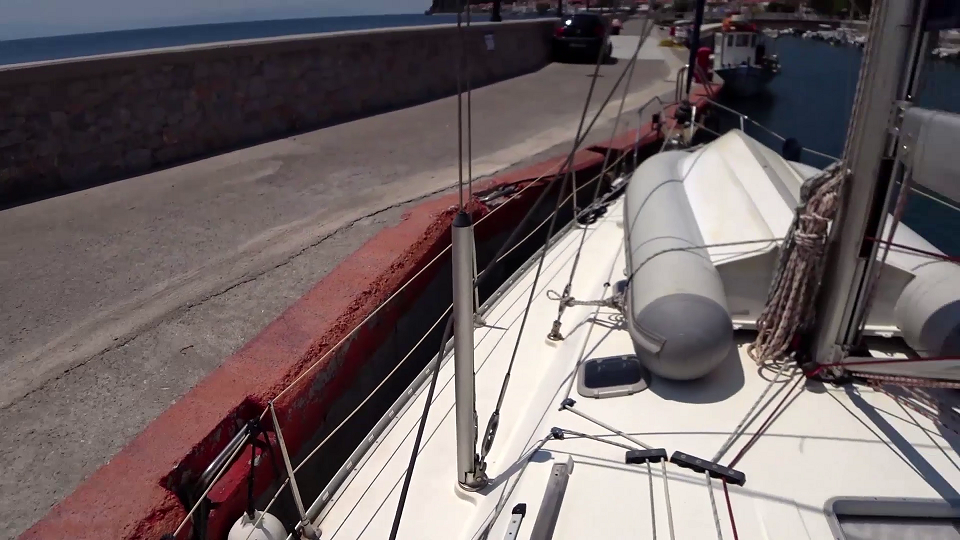 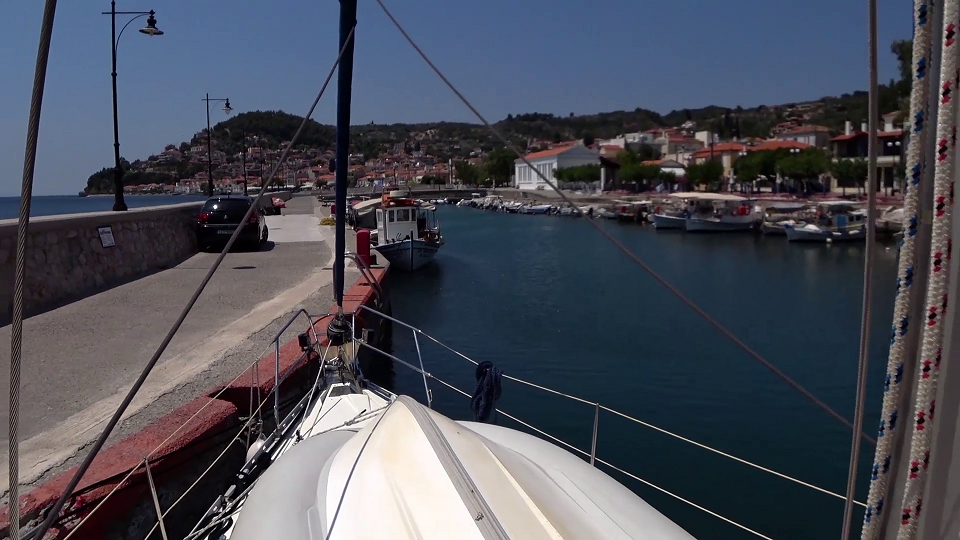 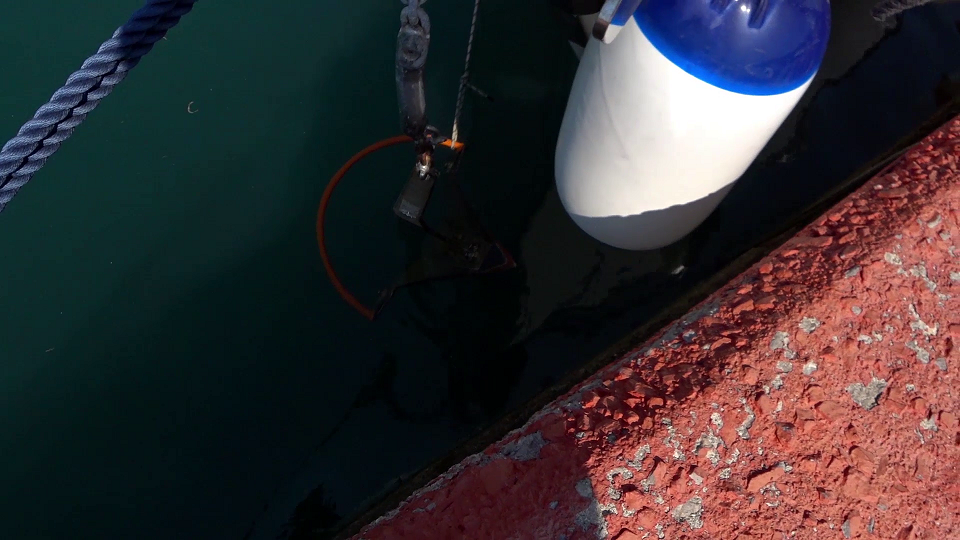 It was great being in the town harbour as it is quaint and picturesque and is also close to shops for last minute provisioning.

After motoring to Limni the oil was warm enough for Barry to be able to siphon it out of the engine, which he did with a nifty hand pump.

Putting our story together

While he did that, and checked the stern gland for leaks and other boat systems that he’d serviced over winter, I got stuck into editing the next video. I love this job, even though it takes up quite a bit of my, ahem, ‘retired’ time! I am highly creative and love to craft stories and being able to share our incredible adventure with others is a privilege too.

Depending on the complexity of the story and the amount of footage. Sometimes we can use up to five cameras: Sony, GoPro, Canon, my Phone, Drone and before I can even begin to put it all together, I have to watch it through to see how the story flows and determine which parts of the footage I’ll use. I also look for funny bits, heart-warming pieces and keep an eye out for the best footage that I can use to make the 15-25 second intro to the video.

Once the intro is done, it is simply a matter of putting it all together, with music in places, which I do love to use. You can get a real feel for what’s happening by choosing music that matches the pace and theme of the segment. It’s also a lot of fun for me to cut the video clips in time with the strong music beats. After that, Baz and I watch the story together and once we’re both happy that it doesn’t need ‘tweaking’, I work on levelling out the audio and make sure the video footage is neither too dark nor too light. In that regard, I’m still learning what works best and what doesn’t, because there are so many different ways that audio, colour and lighting can be balanced.

As you may imagine, all of this can take up to two full eight hour days. Especially if I’m researching some extra footage to add, or making a passage pic using Google Earth.

Once I’ve got the video ready, I render it, and give a copy to Baz to do his ‘magic’. He does the catchy beat video segments at the beginning, puts in the Patreon credits and includes any subtitles. He also uses his ex-DJ talent to fine tune any parts that I’ve missed. Baz then renders it and sends it up to YouTube which can take from minutes to hours depending on internet connection speed. He types in the information for the video, including copyrighted song info, and then shares it with our Patrons by Wednesday at the latest, so they get a few days to see it before general release.

What a squeeze leaving Limni

After two days in Limni harbour it was time to set sail (hopefully, depending on the wind) and head north to our first chosen anchorage on the way to Skiathos, one of the Northern Sporades islands, with Kaş in Turkey as our final destination.

We were very nervous about getting out of Limni because it is such a slim harbour, packed with local fishing boats and very shallow on one side. The visitor spaces were all taken up and so Baz was going to have to edge forward and then reverse back out of the harbour to the bay.

Considering we’d been out of the water for eight and a half months we did a fairly good job as our seaworthy-rusty brains kicked into gear. Despite the nerves, and the fact that some (dare I say it?) idiot had rafted to another yacht at the entrance to the harbour where it gets shallow on the other side – we still managed to get out safely, thanks to Barry’s expert boat handling. 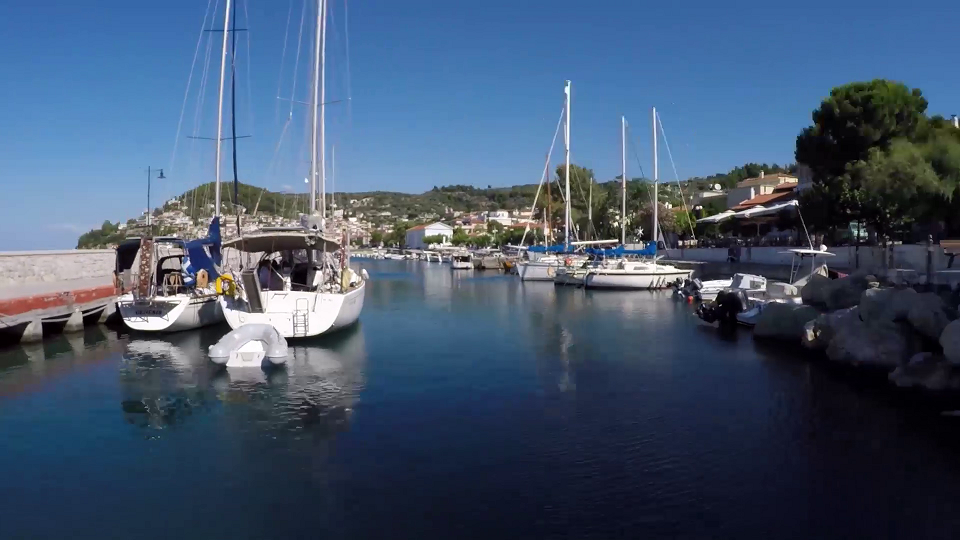 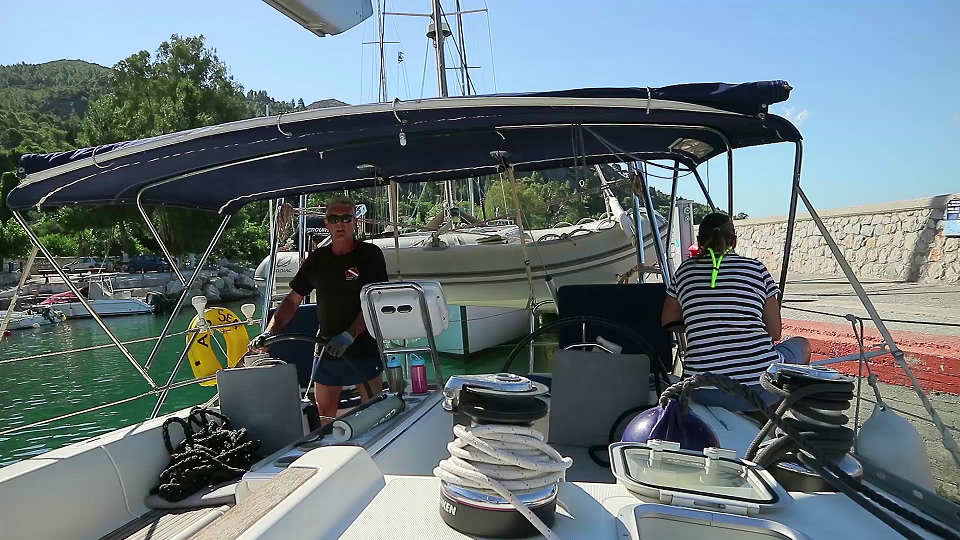 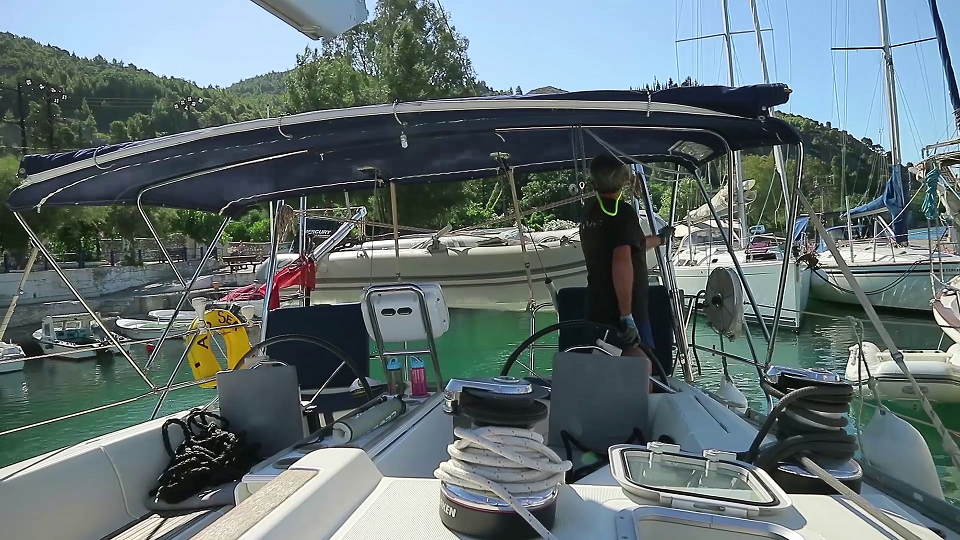 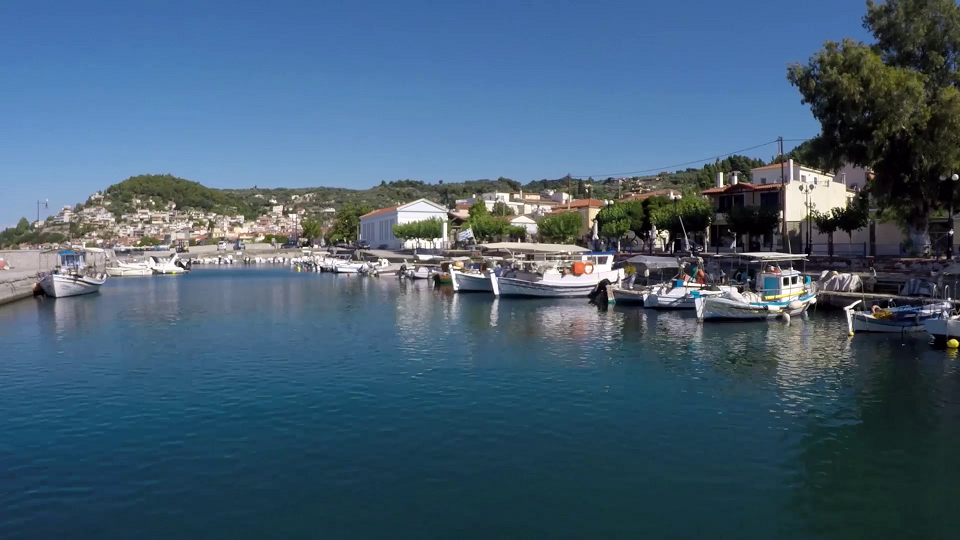 We had enough wind to bring out the sails which was fantastic! We did notice that the leech line on the mainsail was a bit loose and the edge was flapping. I got up on the coach roof, grabbed hold of the boom to stay on the boat, tightened the line and secured it with a few half-hitches. If there’s a better knot to use to do this, do let me know. 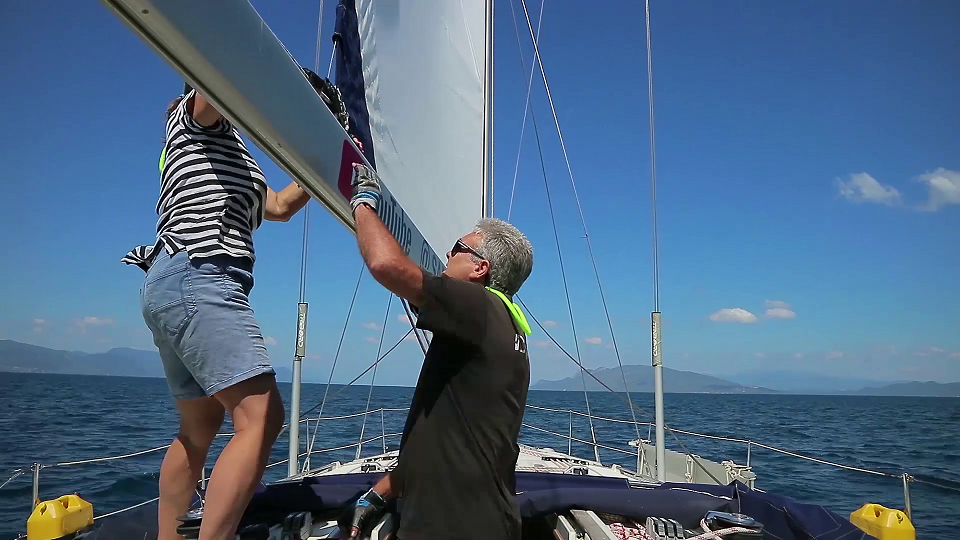 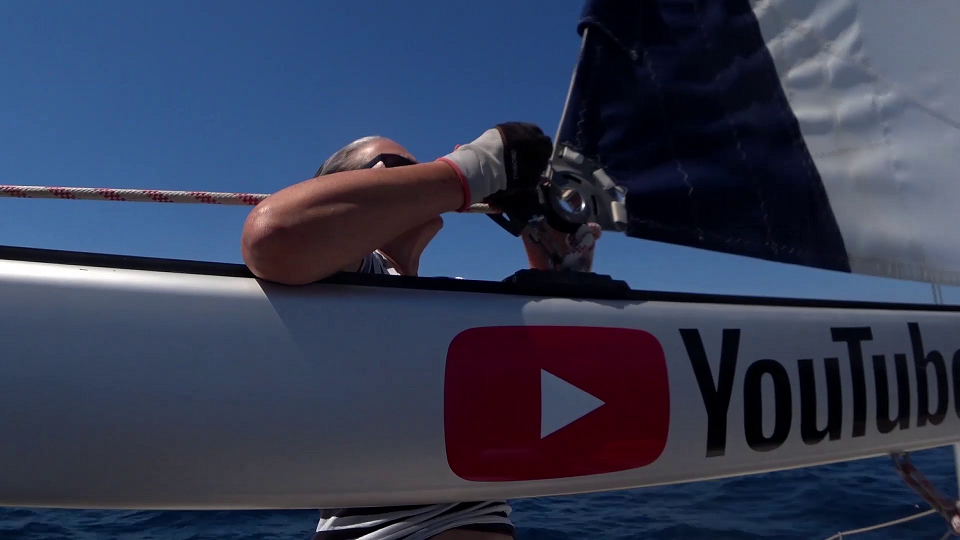 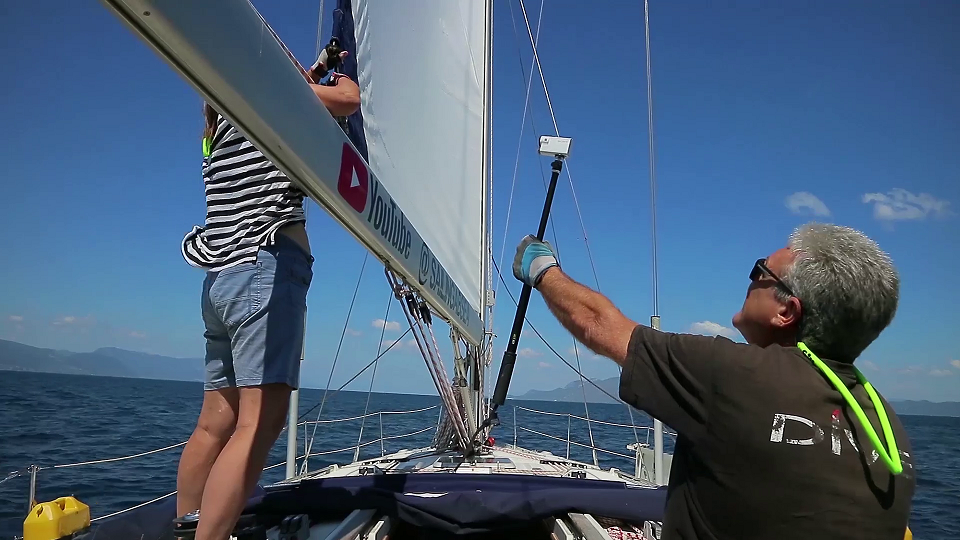 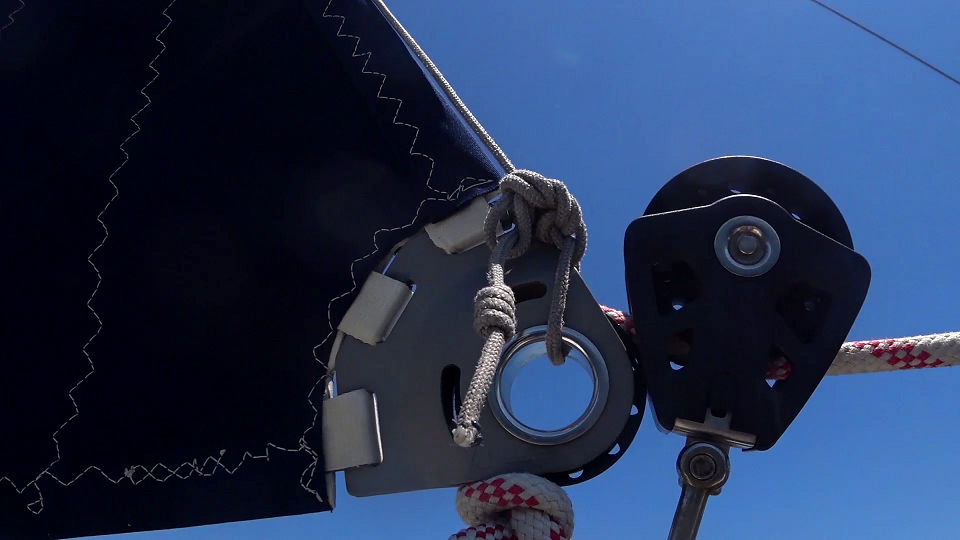 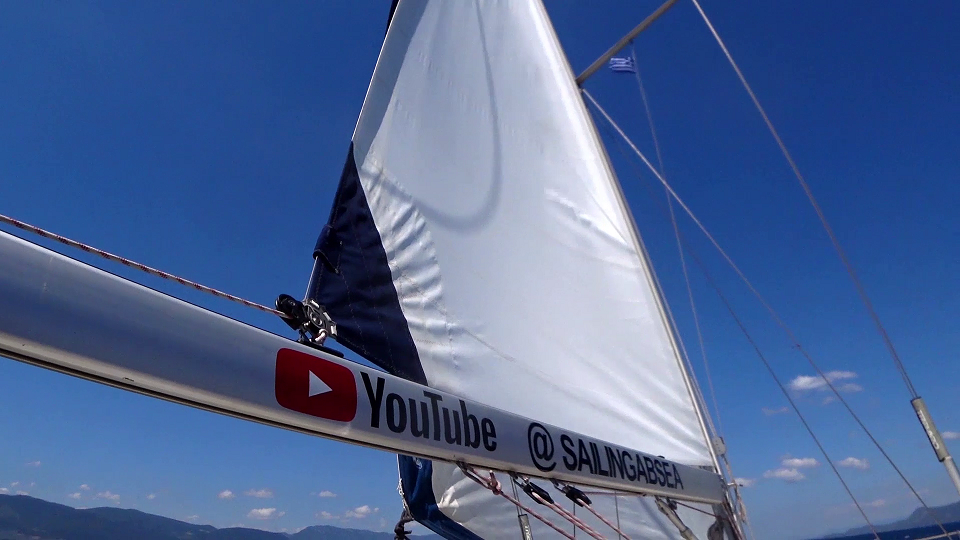 It is a wonderful feeling with the wind in your hair and the sun on your face (but wear sunscreen lol). We had a great first five hour passage to our first anchorage on the Greek mainland just north of Evia island, called Karavomilos.

It is a fairly large bay and looks like a regular small town there but we didn’t feel like exploring, choosing instead to enjoy our first night of sailing freedom chilling on deck with a drink. 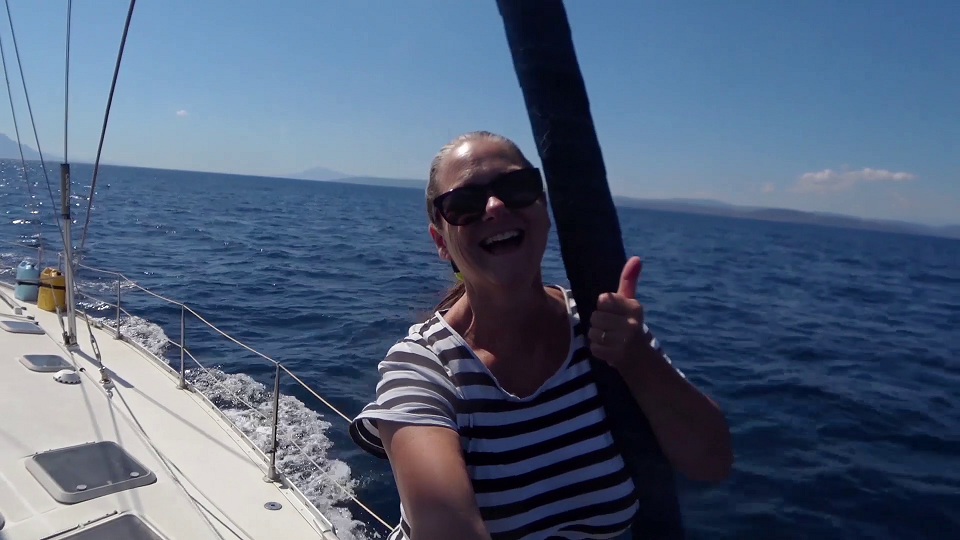 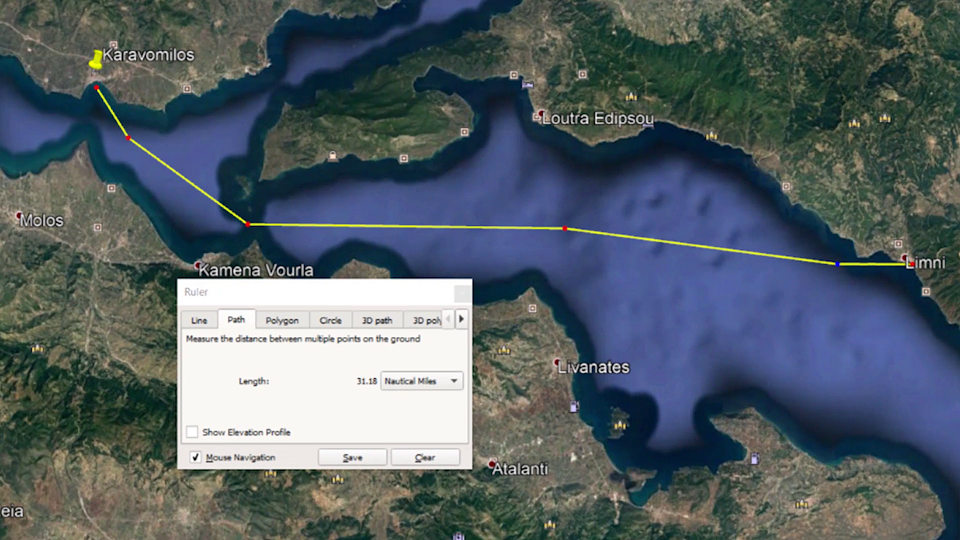 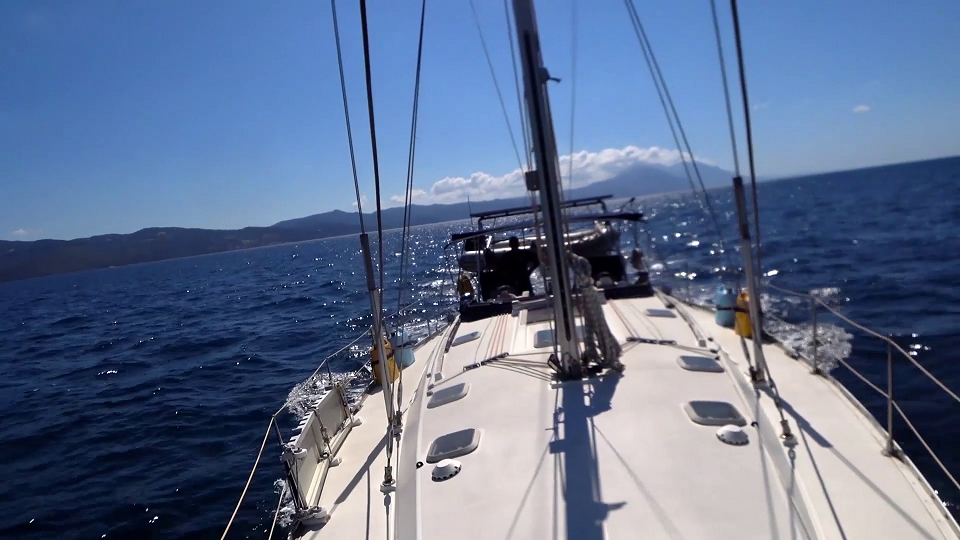 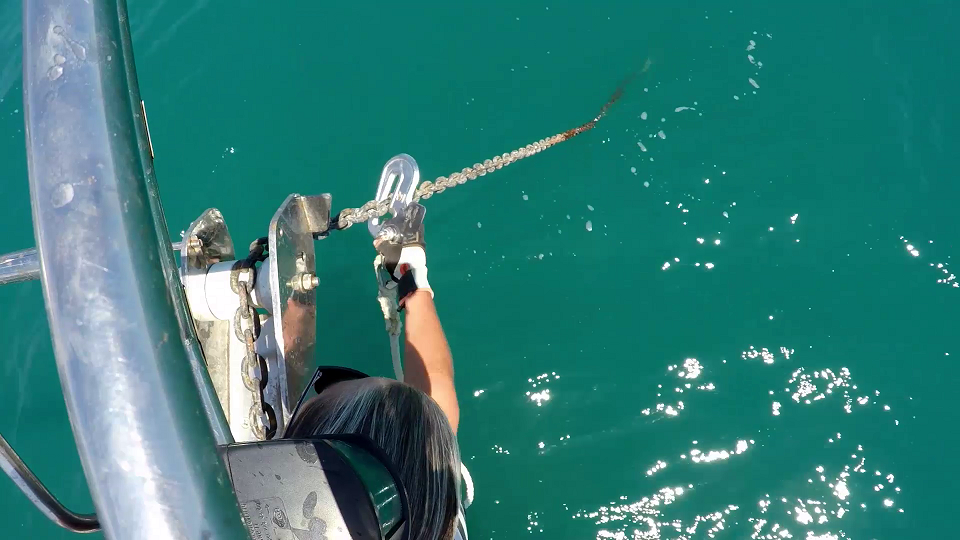 We were in great spirits the following morning after a great night’s sleep in the flat, calm anchorage. I joked that because Baz has a Captain’s hat, I ought to have an Admiral’s hat – as it’s an in-joke that he calls me Admiral, as you can’t have two captains on board!

Baz also asked whether his hat should be worn ears in, or ears out. I can tell you, there’s really only one way. But you’ll have to watch the video to decide for yourself! When you do, please tell us in the comments below the video.

Next week, we sail to Skiathos, the first of a string of beautiful Greek islands on our passage south east towards Turkey.

Until next week, I wish you a very pleasant week and that you get a little closer to your dreams and aspirations.